Kartik Aaryan actor in a happy-mood the reason behind it is Dhamaka : Yesterday the internet was buzzing about Kartik Aaryan’s Dhamaka teaser. The makers dropped a teaser on social media to officially announce its release on Netflix. The short clipping wowed the viewers for its gritty concept and the actor’s mind-blowing act.

Hashtags like #Dhamaka and #KartikAaryan were trending on Twitter for long hours and the teaser topped the trending list nationwide on a video-sharing platform. This surely put the actor in a happy-mood and he shared the news on his social media. Kartik Aaryan shared a cute click of himself where he’s smiling ear to ear. He captioned the picture saying, ‘Why so happy??? Swipe âÂ¡ï¸Â to find out.’ When one swipes to see another click, it’s a screenshot from the platform which says the video is trending on number 1 and garnering millions of views. Now that speaks a lot about the tremendous effect the teaser had on audiences.

He even shared the same news on Twitter and even asked his fans if there should be a fun Twitter-chat with them. He said, “#ArjunPathak ki taraf se Dhamaka-dar response ke liye Thank you. #DhamakaAaj #AskKartik karein kya ? The actor often indulges in these fun Twitter chats where he encourages his fans to throw in any question they want and then with his wit and humour, he answers all of them. His responses often leave everyone in splits. Love this actor and his charm and energy to always be in touch with his fans. 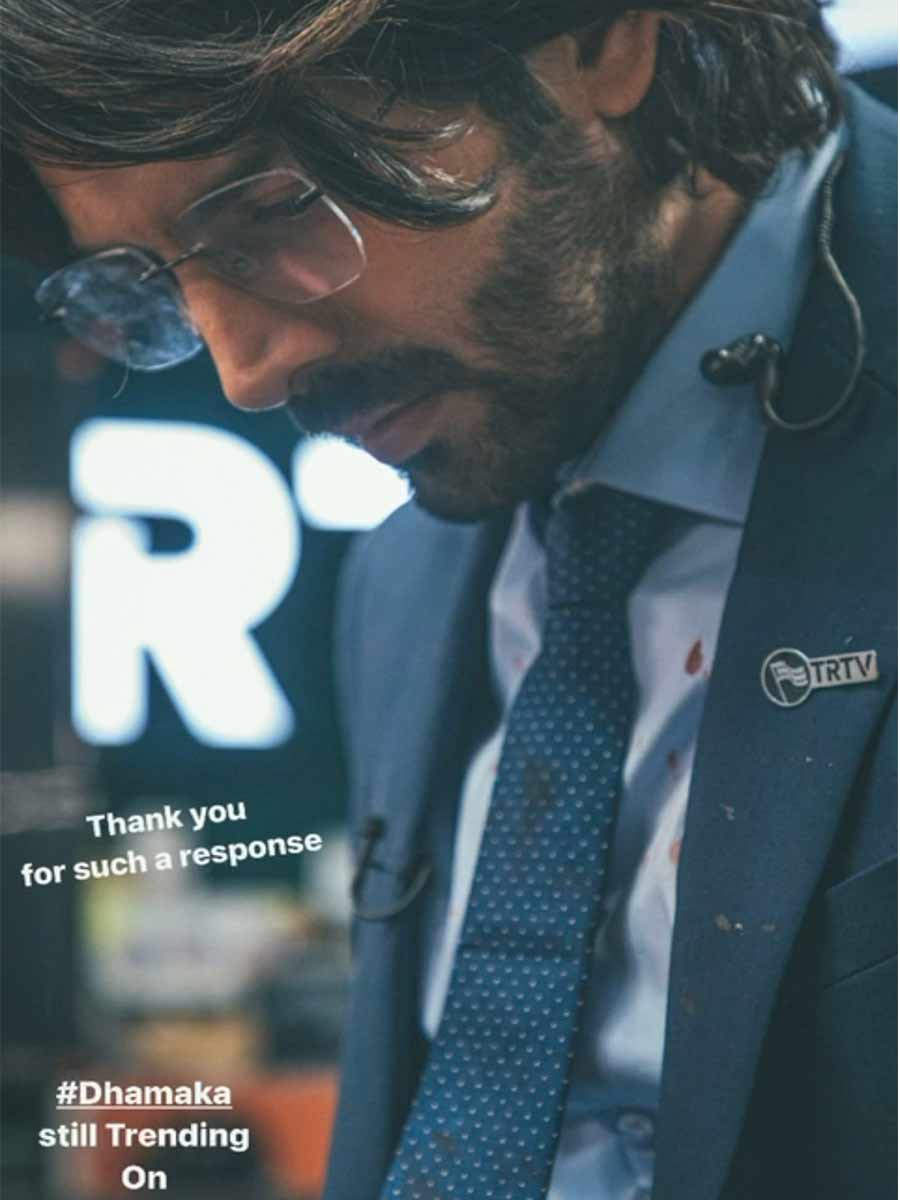 Apart from Dhamaka, the actor has his hands full with Dostana 2, Bhool Bhulaiyaa 2 and then there are talks about his first superhero flick Phantom and he’s also in news to be the lead for the remake of Allu Arjun’s hit South flick Ala Vaikunthapuramuloo.